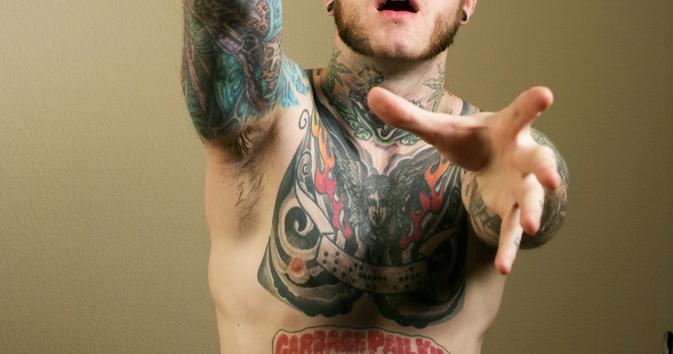 Logline: A grief stricken man begins to undergo an evil transformation after receiving a tattoo of his dead friend’s ashes.


It's 2016 in Downtown Atlanta and a murderous spree of young innocents has left the city under siege.  Rick Phillips has just lost his childhood best friend through mysterious and unexplainable events.  In honor of his memory, Rick bags up a small amount of his ashes and has them tattooed into his skin, identical to that of his fallen friend's tattoo. With the tattoo as a reminder of the one he lost, Rick vows vengeance on his friend's killer devoting every passing minute to tracking him down.

Weeks pass and Rick's health takes a turn for the worse.  The tattoo on his arm appears infected and strange occurrences begin to take hold of Rick.  Time is distorted and black outs are frequent.  Rick finds himself waking up in strange places surrounded by recently mutilated corpses.

Through a series of twists and turns, Rick's investigation leads him to a horrific secret.  All along the very person he was seeking to avenge was in the fact the killer.  And the tattoo on his arm is an actual vessel and transference of evil dating back before the dawn of time.  Now, Rick must battle both this ancient power and himself before it's too late and his vicious transformation is forever complete.