Two tragedies between two different families parallel one another in the same small town.  An unruly explosion tears a mother and child from their family, while a horrific disease robs a mother and father of their only son.  Salim Nassif and his family, a grieving-but grateful family of Syrian refugees, are forced to find refuge in small town Texas after escaping their war torn country with only each other to cling to.    Meanwhile, the town’s Sheriff, Joe Cassano, grimaces at his unwelcome guests viewing them more as foe than friend.

As Salim and his children try to settle into a routine, ignorance and racism slowly attack them at every corner.  The workforce repeatedly closes the door on Salim’s attempt at employment while the Nassif children are bullied and violently attacked by students at their school.  Throughout all this, Salim preaches kindness and love over hate and violence.  They find themselves surrounded by the prejudices, ignorance, and fears of their new community, and discover that the promise of the American Dream cannot always overcome the perils of being a Muslim-American in a small Texas town. Their arrival brings out hatred in some of the locals, while others, such as Joe Cassano, find a greater sense of humanity.  The community learns the differences of culture and religion that divide, as well as the universality of family, love, loss, and pure joy that unite us all and define the human experience. After an unlikely encounter, Joe’s ignorant ways begins to reshape itself as he forms a unique bond with the Nassif children, specifically Omar.

Upon securing employment packing boxes at a factory, Salim meets Sarah.  An instant connection forms but jealousy and hate brew up a dangerous concoction at the hands of her abusive ex.  Tensions mount as terrorist attacks break out across the country further angering residents of the town and bringing with it racial slurs and violent outbursts towards Salim and his family.  Joe attempts to maintain law and order, but an even greater threat looms in the darkness that seeks to drive Salim and his family out of the town for good begging the question, will America prove to be a refuge or a nightmare?
​ 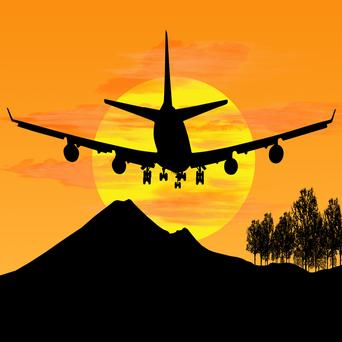